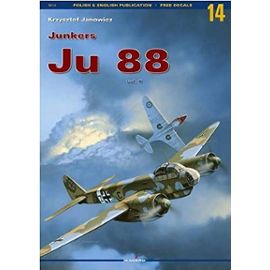 Following 140results are shown. You might want to adjust your search critera , activate filters or change the sorting order.

1As some platforms do not transmit shipping conditions to us and these may depend on the country of delivery, the purchase price, the weight and size of the item, a possible membership of the platform, a direct delivery by the platform or via a third-party provider (Marketplace), etc., it is possible that the shipping costs indicated by euro-book.co.uk / euro-book.co.uk do not correspond to those of the offering platform.
Details of the book

The monotonous drone of four Pratt & Whitney engines seemed to be omnipresent. It completely filled the inside of the BuNo 32022 (42-40282) PB4Y-1 Liberator. Indifferent to the noise, a VB-103 crew carefully combed the airspace around their aircraft. Their commander, Lt. (jg) James H. Alexander, had led them on a number of combat missions over the Bay of Biscay and there were no indications that the September 4, 1943 sortie would be in any way different from the previous ones they had flown. The co-pilot, Lt. (jg) Paul B. Kinney, along with three other crewmembers, trained their binoculars on the surface of the sea in search of a familiar U-boat shape. At the same time the gunners eyeballed the skies for any air-to-air threat. They certainly had good reasons to be vigilant: two days before Lt. Keith W. Wickstrom's crew did not return to their base at St. Eval, Cornwall. In his last message the radio operator reported that the aircraft was being attacked by several Ju 88s... At the same time a package of six twin-engine Junkers Ju 88 heavy fighters of 13./KG 40 was on a combat air patrol over the Bay. The leader, Oblt. Hermann Horstmann, ordered his crews into a wide line abreast formation to maximize their search coverage. Soon they encountered some clouds and tightened the formation to allow the crews to keep an eye on one another and be able to call for help in case one of them had to ditch in the sea. That would be a hapless crew's only chance of survival, albeit a rather small one. After two hours of fruitless search, Horstmann's formation turned south towards the Spanish coast, where they would cross the routes used by allied aircraft and increase their chances of contact with the enemy.

More/other books that might be very similar to this book