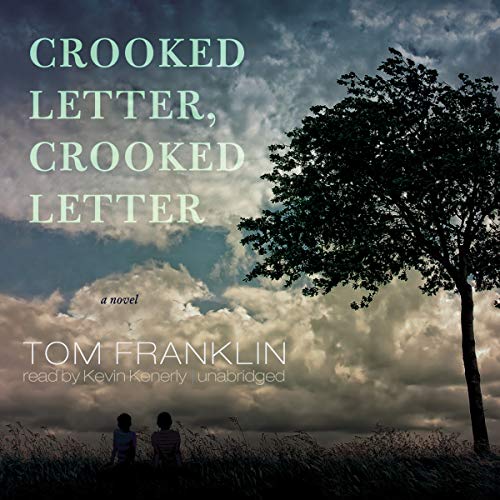 Following 140results are shown. You might want to adjust your search critera , activate filters or change the sorting order.

1As some platforms do not transmit shipping conditions to us and these may depend on the country of delivery, the purchase price, the weight and size of the item, a possible membership of the platform, a direct delivery by the platform or via a third-party provider (Marketplace), etc., it is possible that the shipping costs indicated by euro-book.co.uk / euro-book.co.uk do not correspond to those of the offering platform.
Details of the book 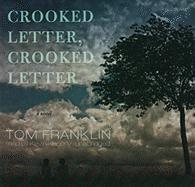 In a small Mississippi town, two men are torn apart by circumstance and reunited by tragedy in this resonant new novel from the award-winning author of the critically-acclaimed Hell at the Breech.

Larry Ott and Silas ''32'' Jones were unlikely boyhood friends. Larry was the child of lower middle-class white parents, Silas the son of a poor, single, black mother -- their worlds as different as night and day. Yet a special bond developed between them in Chabot, Mississippi. But within a few years, tragedy struck. In high school, a girl who lived up the road from Larry had gone to the drive-in movie with him and nobody had seen her again. Her stepfather tried to have Larry arrested but no body was found and Larry never confessed. The incident shook up the town, including Silas, and the bond the boys shared was irrevocably broken.

Almost thirty years have passed. Larry, a mechanic, lives a solitary existence in Chabot, never able to rise above the whispers of suspicion, the looks of blame that have shadowed him. Silas left home to play college baseball, but now he's Chabot's constable. The men have few reasons to cross paths, and they rarely do -- until fate intervenes again.

Another teenaged girl has disappeared, causing rumors to swirl once again. Now, two men who once called each other friend are finally forced to confront the painful past they've buried for too many years., Product Description
Edgar Award-winning author Tom Franklin returns with his most accomplished and resonant novel so far—an atmospheric drama set in rural Mississippi. In the late 1970s, Larry Ott and Silas "32" Jones were boyhood pals. Their worlds were as different as night and day: Larry, the child of lower-middle-class white parents, and Silas, the son of a poor, single black mother. Yet for a few months the boys stepped outside of their circumstances and shared a special bond. But then tragedy struck: Larry took a girl on a date to a drive-in movie, and she was never heard from again. She was never found and Larry never confessed, but all eyes rested on him as the culprit. The incident shook the county—and perhaps Silas most of all. His friendship with Larry was broken, and then Silas left town. More than twenty years have passed. Larry, a mechanic, lives a solitary existence, never able to rise above the whispers of suspicion. Silas has returned as a constable. He and Larry have no reason to cross paths until another girl disappears and Larry is blamed again. And now the two men who once called each other friend are forced to confront the past they've buried and ignored for decades. A Q&A with Author Tom Franklin

Franklin: I'd been wanting to write about a small town police officer, and I'd long had the image of a loner mechanic in my mind. When I put the two together, the story began to form. I used a lot of autobiographical stuff for Larry, the mechanic.

Q: A review in USA Today (for Hell at the Breech) stated that, “he also makes his characters rise up from the pages as if they were there with you.” …and this is certainly true in your latest novel. How do you approach the task of developing your characters and bringing them to life? Are the characters in Crooked Letter, Crooked Letter based on anyone in particular?

Franklin: They're both a combination of different facets of different people, a conglomeration of fact and fiction. I usually try to just let them begin to do what they want to do, just put them in a situation and see what they do. When they begin to surprise me, do things I hadn't anticipated, that's when it's working.

But the character of Silas "32" Jones is very loosely based on the sole police officer of the hamlet of Dickinson, Alabama, where I grew up. This guy was actually the law in a nearby mill town, and my hamlet of Dickinson fell in his tiny jurisdiction. I've always loved the idea of small town cops, especially one who might be a kind of underdog to the police forces of nearby larger towns.

Q: In Crooked Letter, Crooked Letter your two main characters are anything but stereotypical—the young black boy goes off to college to play baseball and comes back to be the town constable and the young white boy is the accused murderer and the town outcast. What, if anything, prompted you to portray these characters this way?

Franklin: No real person is a stereotype, and I try to make my characters as real as I can. We're all a mess of contradictions and secrets, strangenesses and desires, and nobody's all good or all bad. We're all somewhere in the spectrum between absolute good and absolute evil. So I just try to find a character who's fairly normal, and put him or her in a fix and see how he or she negotiates it to see, as Kurt Vonnegut says, what he or she is made of. In this case, the story as I came to understand it called for Larry to stay home and Silas to leave. If it had been the other way around, I'd still work to make the characters unstereotypical.

Q: Without giving away too much of the story, what is one thing (emotion, thought) that readers can expect to walk away with after reading this book?

Franklin: It's a sad book, but it's full of hope. Hope is what I want a reader to leave with.

Q: Historically the South has not always had a positive image in other parts of the country. How has your experience growing up and living in the rural South shaped your talent as a writer? And have you ever felt the need to justify or redeem the South’s past in any of your works?

Franklin: I think growing up in the south made me the person I am, and the writer I am comes from that. So, yes, the south's made me the writer I am. It taught me to listen to the cadences and rhythms of speech, and to notice the landscape. It also has this defeated feel, a lingering of old sin, that makes it sweet in a rotting kind of way. Much of it is poor, much is rural, and that's an interesting combination, a deep well for stories.

Q: Did you always know that you wanted to be a writer? Who are some writers, past and present, that you admire or have inspired you?

Franklin: I always knew I wanted to tell stories, one way or another. If I'd had a video camera in the mid 1970s I'm sure I'd be a filmmaker now. But I just had a portable typewriter, and so the stories I could tell were ones on paper.

Q: You are one of the most celebrated writers in the field, and have been compared to the likes of Harper Lee, William Faulkner, and Elmore Leonard. What do you believe is the one thing that sets you apart from other contemporary writers in your genre?

Q: As a professor of English, what is one piece of advice that you would share with aspiring writers?

Franklin: Read, starting with the classics. Read all the time. If you don't read, you won't ever be a writer. Also, write. This seems obvious, but it's amazing how many

More/other books that might be very similar to this book